Michael Carruth’s practice focuses on civil litigation, with an emphasis on complex business and commercial disputes.  He has both defended and sought relief on behalf of businesses and individuals in all phases of litigation in state and federal courts. He also actively represents clients in the financial services and lending industry.  His diverse practice also emphasizes the defense of traumatic brain injury and other significant injury actions.  Prior to joining the firm, Mr. Carruth’s practice focused on litigating complex civil cases including breach of contract, catastrophic injury and wrongful death, wildfire and environmental, legal malpractice, deceptive trade practices, class actions, real property disputes, and product liability actions.

A graduate of Brigham Young University, Mr. Carruth graduated with honors, earning a Bachelor of Arts degree in history. While at Brigham Young, he was actively involved in campus and community life, volunteering his time with the local Big Brothers and Big Sisters organization, BYU Student Association, and served as the President of the BYU Snowriders Club. After graduation, Mr. Carruth worked for three years as a legislative aide for Congressman Wally Herger of the California 2nd District where he advised the Congressman of a variety of policy issues including education, transportation, drug enforcement policy, and housing. He also prepared speeches for Mr. Herger for use on the floor of the House of Representative as well as at district and campaign events.

While at Baylor Law School, Mr. Carruth was a member of the Order of the Barristers, the 2005 Recipient of the Charles S. Petty Law and Medicine Award, and an assistant to constitutional law professor David Guinn. He also served as a judicial extern to the Honorable David Kelton of the Dallas County 44th District Court.

A father of four children, Mr. Carruth is active in his church and children’s schools. He also volunteers his time coaching his children’s soccer teams and helping out with the Del Norte Dolphins Swim Team, Whitney Little League, Fulton-El Camino Synchronized Swimming Team, and the Galena Street East performing group. He is involved with the Boy Scouts of America and has served as a scoutmaster and an intramural basketball coach for youth in inner-city Washington D.C. as well as here in California. He is also an avid hiker, photographer, and a reluctant but dutiful jogger who has most recently completed the California International Marathon for the second time. 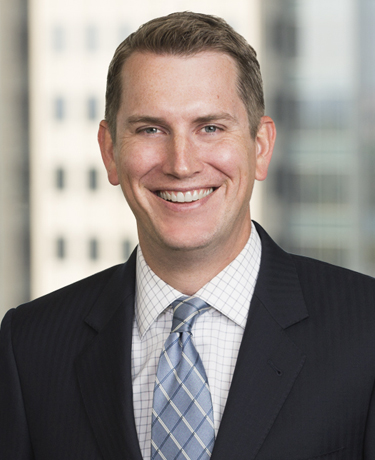